I originally wrote this post for the Grain Foods Foundation and I thought the information was valuable for my readers. I hope you think so, too. 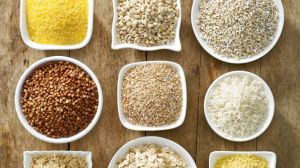 Most likely you’ve heard someone say, “I’ve cut all refined and processed foods, including white bread, from my diet.” Considering the definition of refined means “free from impurities, fastidious, or cultivated,” it’s curious that refined grains have taken on a negative connotation. What if removing refined grains was not necessary for good health and could contribute to having fewer healthful nutrients in your diet?

Dr. Glenn Gaesser, Professor of Exercise Science and Health Promotion and Director of the Healthy Lifestyles Research Center, Arizona State University, wanted to find out why refined grains are viewed as unhealthy by so many people, including recommendations from the 2015 Dietary Guidelines for Americans Committee (DGAC). In a recent paper, Professor Gaesser uncovered several noteworthy facts and posed several questions: 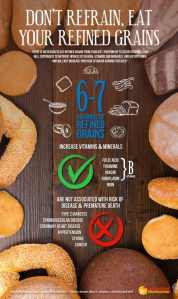 Looking at multiple studies, called meta-analyses, that included 32 publications with 24 distinct groups of people, refined grain intake was not linked to an increase risk of heart disease, high blood pressure, stroke, type 2 diabetes, cancer, or obesity. In fact, one meta-analysis reported that higher consumption of refined grain was associated with a 5% lower risk of death from any cause. But you wouldn’t know that from the headlines blaming refined grains on all the world’s ills.

The “eat-only-whole-grains” message has become predominant in nutrition reporting. It is typical to pit foods against each other, to crown one food as good and healthful and another food as bad and unhealthy. However, the evidence to support that dichotomy for whole and refined grains doesn’t hold up upon further scrutiny. Dr. Gaesser’s investigation found that eating up to six or seven serving of refined grains does not increase the risk for many of the chronic disease affecting Americans.

Putting it all together

What does this research mean for you? First, it is helpful to realize that you should know your stuff before you cut. There is no reason to cut refined grains from your diet.  Enjoying up to seven servings a day will contribute to nutrient intakes of several vitamins and minerals, and dietary fiber, and will not up your risk of disease.

It is also useful to think about refined grains in two distinct categories: 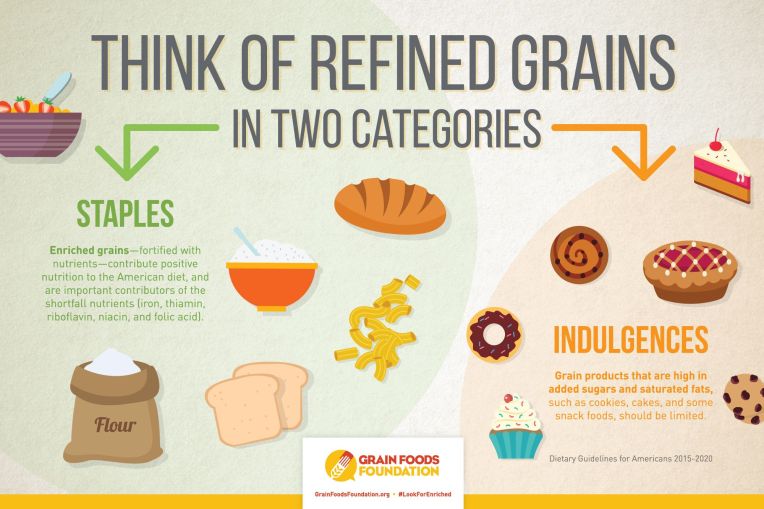 Continue to include whole grains in your diet, but there is no need to eliminate the refined, staple grains. 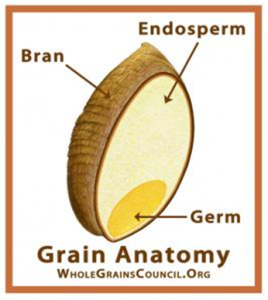 Whole grains: A grain containing all three parts of the grain: the bran, germ, and the endosperm. Whole grains contain fiber, antioxidants, the mineral magnesium, B vitamins, and plant compounds called phytonutrients that have many healthful properties.

Enriched grains: Enrichment is the process of replacing nutrients that were removed when the whole grain was processed. Enriched grains have B-vitamins niacin, riboflavin, and thiamin, and the mineral iron added back to the grain at levels similar to the original whole grain. About 95% of white flour is enriched; therefore breads, pastas, cereals, rolls, tortillas, and pretzels made from white flour are enriched with nutrients.

Refined grains: Grains that have been processed to remove the bran. In the U.S. the terms refined, enriched, and fortified grains are used interchangeably.

The Grain Foods Foundation has website devoted to Healthy Aging, so check it out! 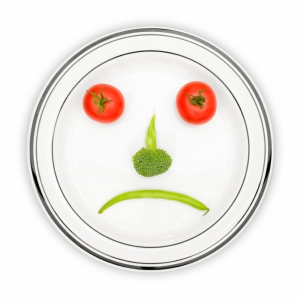 Are you eating enough fruits & veggies? Probably not, according to a new report from the Centers from Disease Control and Prevention on fruit and vegetable consumption in the U.S.

Most of us know that fruits and vegetables are good for us, offering protection against heart disease, type 2 diabetes, obesity, and even some cancers. Yet, only 12% of adults meet the recommended fruit intake (1.5-2 cups/day) and we do even worse with veggies; 9% get the suggested amount (2.5-3.5 cups.day).

Why are our eating habits so dismal when it comes to eating the good stuff? Many of us perceive that cooking and preparation is time consuming and difficult, so unless we slice a banana on our cereal or eat a serving of veggies with dinner, we don’t make much of an effort.

Many of you know that I don’t develop recipes like a lot of my dietitian friends. I’m more likely to assemble meals. So here are my ideas for getting more fruits and veggies into your meals. And, I welcome your ideas that might help others sneak in an extra serving or two (or three) of produce.

For more ideas on how to get more fruits and vegetables in your diet, see Food & Fitness After 50. 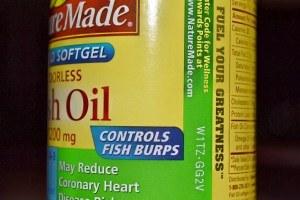 ConsumerLab.com posted survey results about popular supplements. While not a “scientific” study in that the respondents were self-selecting (that always introduces bias into a study) it did show some interesting trends about supplement use. The five most popular supplements were fish oil, multivitamins, vitamin D, calcium and CoQ10. The first four didn’t surprise me given the media attention to fish oil and vitamin D, but the CoQ10 did…until I thought about the role of CoQ10 in protecting the heart muscle in those older adults who have congestive heart failure. There is also some support for using it when taking a statin to lower cholesterol, although the evidence for that is not as clear.

But, what I really thought about when I saw the survey is how does one choose among the hundreds of supplements on the shelves of grocery stores, pharmacies, and retail stores (there are even whole stores devoted to selling supplements anddon’t even get me started on the Internet sales!)

I offer these tips in choosing supplements:

1)Know what supplements you really need. Ask your doctor or qualified health professional (like a registered dietitian) about what supplements might be best for you. I often find that people supplement with nutrients that are plentiful in their diets yet not taking nutrients that they are lacking. A quick way to evaluate your dietary intake is to go to mypyramid.gov and analyze your usual dietary intake. You might find that you get plenty of vitamin C because you drink orange juice, eat broccoli, and snack on tangerines, yet your intake of omega-3-fats are low because you don’t like to eat fatty fish.

2)Look for third-party verification that you are getting a quality supplement. Ever noticed the “USP” symbol on your supplement? That stands for United States Pharmacopeia and it means that the supplement meets strict criteria for quality ingredients and quality manufacturing processes. ConsumerLab.com is another group that tests supplements to make sure that the supplement contains what it says it contains on its label. Third party verification doesn’t mean that the product will work for you, but it does insure that you are getting what you are paying for and getting a quality product.

3)Take supplements according the dosing instructions and make sure to check sources like WebMD for any nutrient-drug interactions. For example, if you take a blood thinner you don’t want to take a vitamin supplement that has a lot of Vitamin K as it can block the effectiveness of the drug. Also remember that supplements are a supplement to a healthy diet–eating a poor diet and expecting a supplement to keep you healthy is wishful thinking. Supplements take time to work;they are not like an antibiotic that can cure an infection in a few days. For example, glucosamine and chondrotin may help those with osteoarthritis but it can take months to know if it is working.

4)If claims for supplements sound too good to be true then they probably are. Think about how many people say that vitamin C is the cure for the common cold…if that was true, wouldn’t we all just take vitamin C and never suffer through another cold again? So, be realistic about your expectations for supplements.

5)Lastly, look at the various options for supplements. I don’t eat enough fatty fish (the new Dietary Guidelines for Americans 2010 suggest eating 2 fatty fish meals a week) so I take fish oil. The first supplement I tried made me taste fish oil all day so I take one that controls that problem. 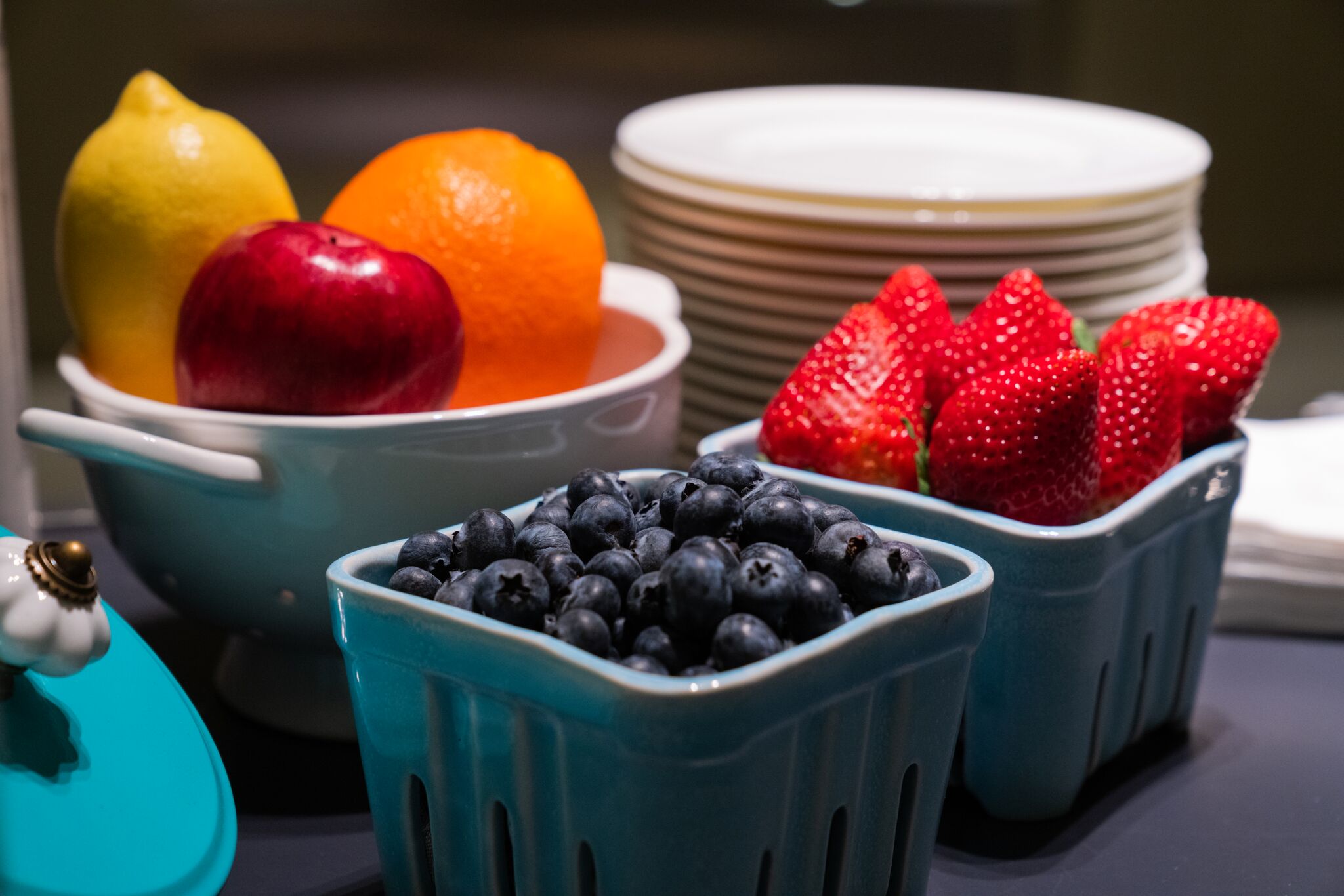