Have you noticed the words, “uncured” “all natural,” and “no nitrates or nitrites added” on packages of bacon, hot dogs, sausage, or deli meats? The packaging usually conveys other messages, such as “made from pork raised without added hormones,” which is utterly meaningless as hormones are not allowed in raising hogs. (When you see a “no hormones added” claim on the label it is supposed to followed by this statement: “Federal regulations prohibit the use of hormones.” But, it is often in small print and hard to read!)

Why process meat at all?

But, let’s get back to the “uncured” part of the story. “We all want and expect our food to be safe,” says Dr. Jeff Sindelar, Associate Professor in the Department of Animal Science at the University of Wisconsin. Modern meat processing “is done with purpose, is more refined and effective than it was in the past,” he adds. To ensure the safety of products like bacon or hot dogs, they are cured with a sodium-based compound. “Salt curing has been around since the Chinese preserved fish as far back as 3500 BC and salting is a simple, effective way to decrease water activity in meat to stop microbial growth,” according to Dr. Sindelar. But, if you’ve ever eaten salt-cured meat, like country ham, your mouth will pucker from the high salt content and you’ll be reaching for gallons of water to quench your thirst.

Today, curing meat involves the use of sodium nitrate and sodium nitrite. Whereas in the past, salt concentrations of 4-5% were used to cure meats, today it has been reduced to about 1.5 to 1.75% with the use of sodium-based compounds. “Nitrate is chemically stable, so it must be converted to the active form, nitrite. Sodium nitrite can be found in both purified and natural forms, but the outcome is the same; to give cured meat its distinctive color, to impart flavor, to halt the growth of microbes, like Clostridium botulinum, and to act as an antioxidant,” says Dr. Sindelar. (Fun fact discovered in an article written by Dr. Sindelar and colleagues, nitrite is the chemical that inhibited the growth of Clostridium botulinum, a name given to the Latin word for sausage, “botulus,” because of the relationship between the microbe and poisoning from sausage.)

Fast forward to 2019 and consumers are fearful of chemicals and especially food additives with hard to pronounce names. You’ve probably heard people say things like, “in our grandmother’s day they didn’t eat food with additives, so we shouldn’t either.”  First, that statement probably isn’t true and second, food additives make our food safer than in grandma’s time. And, there’s the where the disconnect comes in. “Consumers are equally fearful of food-borne illnesses and food additives, like nitrate and nitrite, yet the additives are key in helping keep us safe from food poisoning,” says Dr. Sindelar.  Another part of the nitrate and nitrite story, as mentioned above, is that nitrate and nitrite can be found in both purified and naturally occurring forms. It’s like vitamin C; you can get a naturally-occurring form from an orange or a purified form in a vitamin pill, but it is chemically the same compound, ascorbic acid, and your body treats it the same. Today we drink beet root juice for its health benefits, chief among them, dietary nitrite! The nitrite is converted in the body to nitric oxide or NO, a signaling molecule that helps regulate muscle blood flow with cardiovascular health and blood pressure lowering as the most promising health benefits.

But what about an increased cancer risk with nitrate and nitrites, I’m often asked? “Sodium nitrate or nitrite by themselves are not cancer causing,” says Dr. Sindelar. The reason they have the reputation is that they can interact with other compounds in foods or during cooking, like certain amino acids (the building blocks of protein) when cooked over high heat (like frying bacon or sausage) to form compounds called nitrosamines. Nitrosamines were identified as carcinogenic before a better understanding of the role of nitrites in producing nitric oxide, which acts in a positive way in the body. And, Dr. Sindlear adds, “the carcinogenicity of nitrosamines is identified only in mice studies, not human studies.”

What is uncured meat?

So, let’s circle back to uncured, what does that mean? Celery and celery powder contain nitrites and are used in the same concentrations as purified nitrites to cure meats. But, because they come from a “natural” versus a purified form, they can be labelled as “uncured.” (A quirk in the food laws, according to Dr. Sindelar). All uncured really means is that it contains no purified sodium nitrate or nitrite, but the meats are still processed and still imparts the same qualities as to taste, appearance, and food safety. However, many see the “uncured” label and automatically see a halo of health hovering over the food.

To be clear, uncured bacon is still bacon. It is still about 40% saturated fat, and yes, it has a delicious flavor! Dietitians classify bacon as a fat, not a protein-rich food. If you enjoy the occasional slice of bacon or use a strip or two to flavor a dish, go for it. My concern is that people think bacon is “healthier” when it is uncured. Let’s get that clear…it is not. 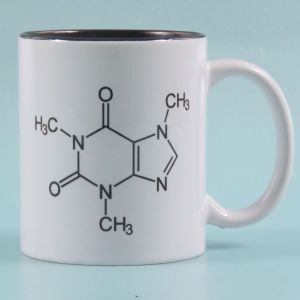 It might be helpful to remember that all foods are made of chemicals. Instead of fearing our food, let’s embrace balance in what we eat and remember that our food is made safer, convenient, and affordable to with today’s food processing. Scaring us about chemicals in our food may make for good clickbait, but I for one could not get through the day without my morning dose of 1,3,7-trimethylxanthine or the chemical name for caffeine. And, as if that isn’t enough, I also enjoy a food made of 12% sugar, glutamic acid, aspartic acid, histidine, proline, palmitic acid, linoleic acid, myristic acid, phytosterols, oxalic acid, tocopherol and hexonate or simply put, a banana.